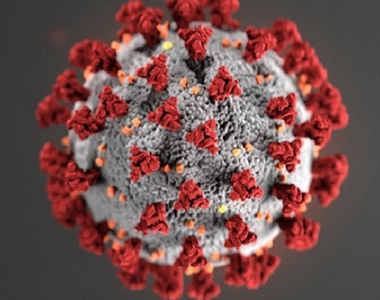 After bravely donning masks, goinking our hands with “anitiser” at every entrance, and exit, for months. Nay, YEARS. We have finally fallen.

I have the younger one trained well, he dutifully puts his hands out when he sees me getting a goink from the hand sanitiser stations at the front of stores, and he always wears his mask unless we’re at the park. Alas, it was the teenager that was our undoing. Cooped up at home and longing for socialisation, contact, we thought we’d hit it for six when we found the Pride and Progress Ball going on in early November.

We got her dolled up, we went out for an evening of young people who were so incredibly FREE to just… be, that I don’t know if I’ve ever seen anything quite like it. It was beautiful. But… they had free ice cream. And when the mask came off for that and she fled from Dad’s Protective Space to go out and make her own way like the Independent Teen that she is, the mask stayed off.

The very next day came the Pride Fair in the city. Same deal, really. When walking up, Dad said that since we’re outside, the mask wasn’t a 100% thing, but “when among other people” it goes back on. Instructions that were lost amongst the din of potential friends, freedom, and more ice cream.

A week later and she’s not feeling well, complaining of a sore throat, then lots and lots of headaches, the kind that panadol wasn’t touching. Then aches, and even though it’s insanely-difficult to tell with a fifteen-year-old, lethargy. Then a few days after that and I’m feeling coldy. I even whinge to Wifeage about how I’m coming down with something and she better not. But then she’s asking if my headaches were the same, and she’s a bit achy. Dammit, so she’s got the cold too, I’m thinking, poor dear.

Then she’s got aches in her legs, just above her knees, and she hasn’t gotten that sort of thing since… her 3rd Vaxx. Which got her thinking, and she takes a RAT. Now, I’d done a RAT already, standard practice these days, but I’d forgotten to give one to teen. So when Wifeage sends me a pic in Messenger and says that even though it’s only been 5 minutes, she’s SURE she can see a line.

I give me and teen another RAT.

My line’s still faint, but it IS there. Teen’s is as strong as Wifeage’s, who gives me another one from a different box, just in case.

Nup. We’ve all got the COOVE. Just like that, our fight is over. All our efforts, in vain.

Oh, and it sucks. Like it really sucks. We’re through the headaches and now just into body aches territory. Which, for two people that already battle that shit on a daily fucking basis, is fucking Turd City man. Bugger.

At least we’re not puking, shitting ourselves, or not breathing and dying. We’ve managed to avoid that, thus far. But I’ll keep you updated if we die.